These features were designed to further improve your reusable cup workflow. There are just a few considerations;

Once you've downloaded and printed your QR code from the HuskeeSwap Cafe Portal, choose between the HuskeeSwap Green or Black & White version and cut to size. You can then either display in a frame or mount onto a piece of card or adhesive paper.

This QR code is unique to your cafe and identifies your business and location.

We recommend having the code close to the point of sale so it can be monitored closely by staff, as those unfamiliar with how QR codes work may need your assistance. 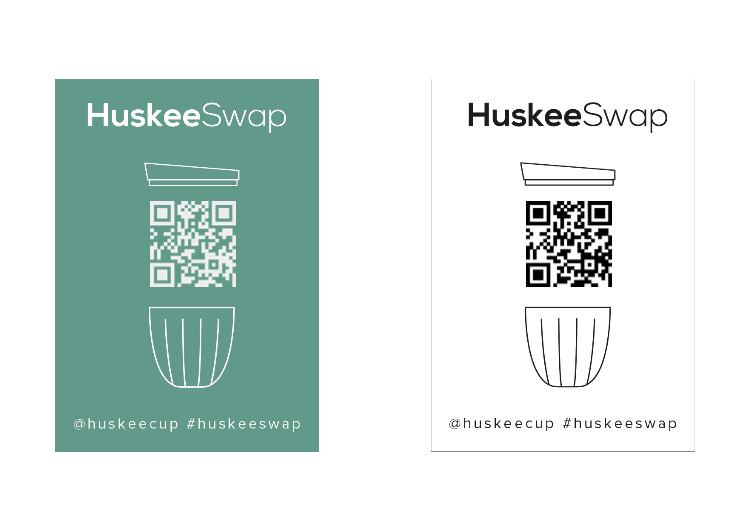 For customers wanting to use these features, they'll need to open the HuskeeSwap app and select either BORROW or STORE. A viewfinder will then appear which they'll need to align with your QR code.  Likewise, when withdrawing a stored cup and returning a borrowed cup, the QR code will need to be scanned.

Each feature will require your QR code to be scanned, with the following requiring additional steps:

Customers will need to show a staff member their screen when prompted, so they know to make your drink in a HuskeeCup that's been stored with them i.e a cup from their float. 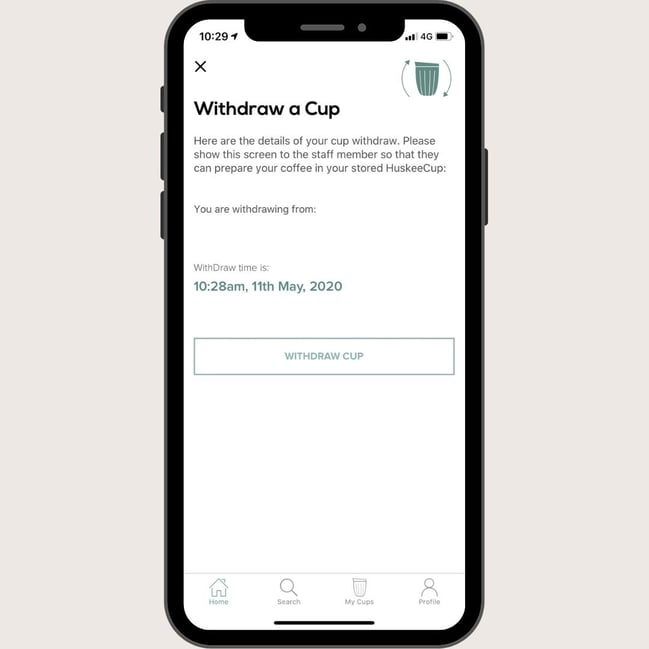 Due to the fact a cup is being borrowed without handing one in, you'll essentially be down a cup until it's returned. For this reason, customers will be prompted to ask you first if you have enough cups.